Reside like a king at the new Berlin City Palace

After a construction period from 2017-2019, an exclusive ensemble of commercial buildings was erected in a prominent location on Berlin’s Schinkelplatz between Schinkel’s Friedrichwerder Church and the former Building Academy in the vicinity of the rebuilt Berlin City Palace, the Foreign Office and the German State Opera. A direct view of the palace can be enjoyed from Schinkelplatz as well as that of another world-famous cultural heritage site, the "Museum Island Berlin". Its designation as a UNESCO World Heritage Site in 1999 came as no surprise.

DSH carried out the turnkey construction of 15 high-quality condominiums under its own direction, including drywall construction, plumbing, tiling, glass, parquet flooring, carpentry and painting.

High-quality materials such as oak parquet flooring in the living and sleeping areas, as well as Spanish marble in the bathrooms and kitchen floors, characterize the spacious flats.

The contract was awarded by the client Frankonia Eurobau GmbH, following a successful cooperation in the AndreasQuartier Düsseldorf. 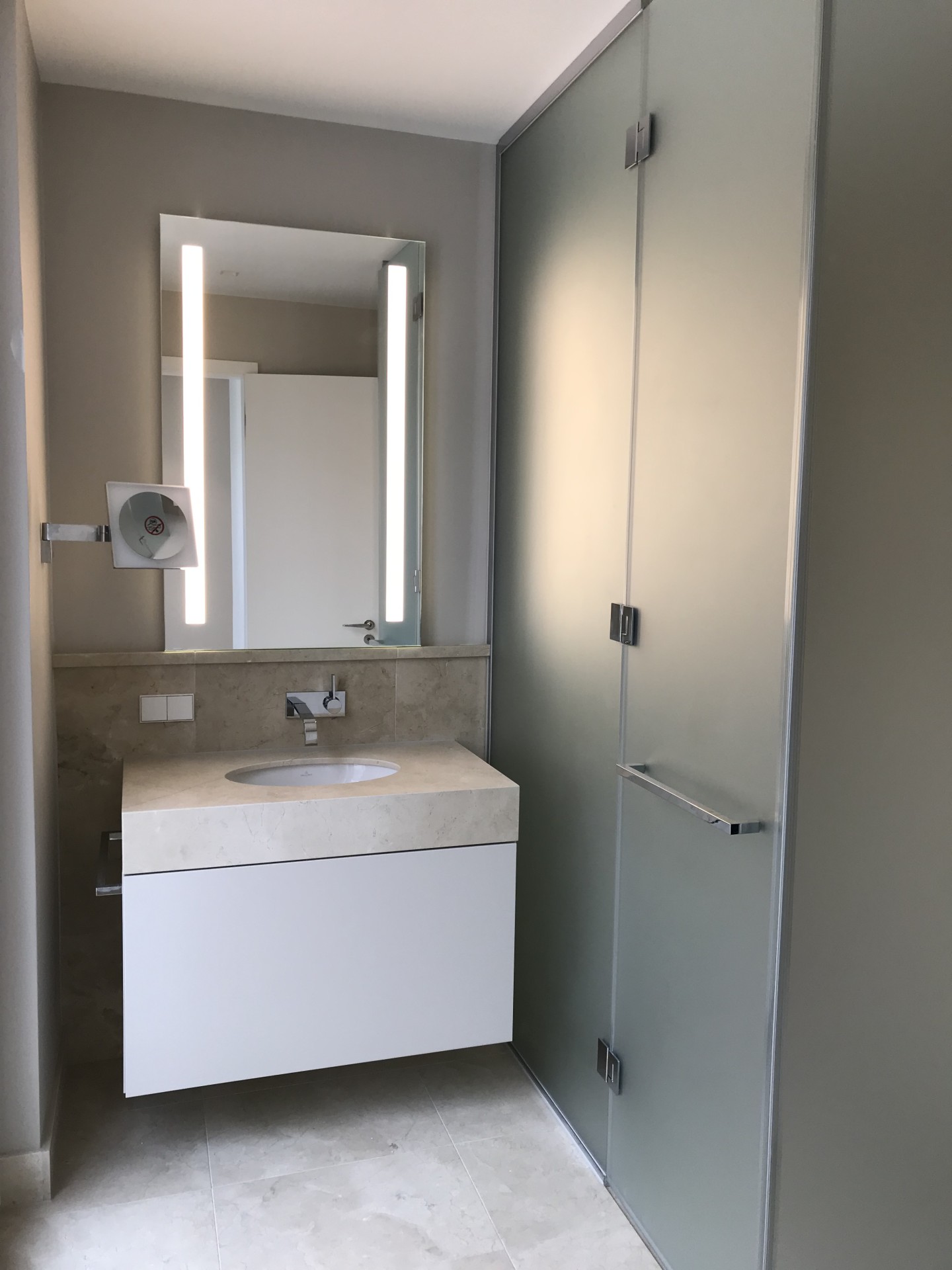